Now that iBuyers are in full swing, buying homes again after taking a hiatus during Covid-19 quarantines and lockdowns across the country, there are a few hot spots in metro Phoenix showing the most buying and selling activity.

San Francisco-based Opendoor, which resumed sending offers for about a month, identified seven Valley ZIP codes that are seeing the most transactions.

“Nobody across real estate knew at all what was going to happen,” he said when governors across the country began determining which businesses were essential and which would be temporarily closed during in mid-March. “There was a ton of fear the market would entirely freeze. We were worried about city office closings and unable to record transactions.”

In mid-March, about 40% of the contracts of existing home sales never closed, he said.

While there are still about 30% fewer contracts this month compared with this period a year ago, the activity Reiling said he is seeing far outstripped his expectations during this pandemic.

Today, the Valley’s average supply of existing homes for sale is about 2.7 months, Reiling said.

“It continues to be a seller’s market,” he said. “What that means is we expect prices to continue to appreciate — not quite as fast as they were at the beginning of the year, but continued appreciation.”

Reiling said he is seeing fewer all-cash list price offers in the market today than there were several months ago.

Even though home prices continue to climb, some sellers are dropping prices and offering more concessions in order to move their homes, he said.

“That really is an area we’ve seen a lot of continued price appreciation across the market,” he said. “Those are the homes that are still being bought and sold quickly, as opposed to the super high end of the luxury market.”

Now that Opendoor is back to buying homes again, there are no plans for more layoffs, Reiling said.

In April, Opendoor announced plans to lay off 35% of its staff, including 145 people in Arizona. In October 2019, Opendoor had about 250 employees.

“We very much hope to be hiring again soon,” Reiling said, who did not disclose the current number of Opendoor employees in Arizona.

Construction is still on schedule to move into 100,000 square feet of space at the Watermark, 410 N. Scottsdale Road in Tempe within the next couple of months. The original goal was to move into the new space by May and employ 1,000 people there until the pandemic changed all that.

“The final move timeline is going to be dictated by our comfort with having all our employees together again,” he said.

Meanwhile, Opendoor just expanded its Home Reserve program to Tucson, where the company will purchase and reserve a customer’s next home on their behalf, all cash. This enables the customer to move into the new home and sell directly to Opendoor or safely list their current empty home on the market.

In addition to Tucson, these options also are now available to buyers and sellers in Dallas-Fort Worth, Atlanta, Charlotte and Nashville.

“As we look across the country, Phoenix continues to be one of the best places to be a homeowner,” he said. 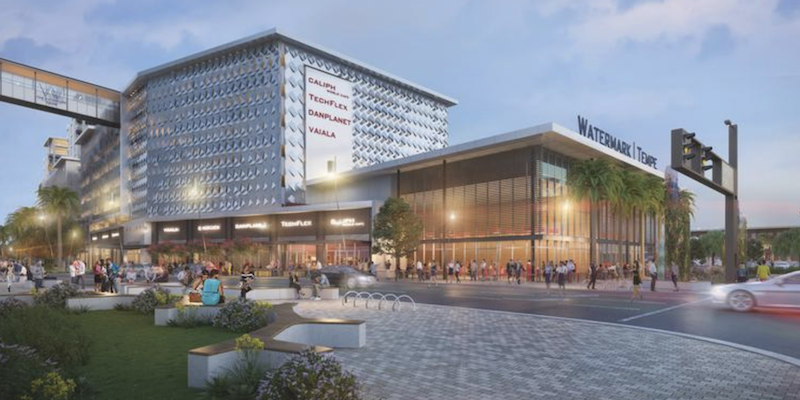 Above: San Francisco-based Opendoor is moving forward with plans to move into 100,000 square feet of space at The Watermark in Tempe within a few months.
(Photo by Fenix Development, Phoenix Business Journal) 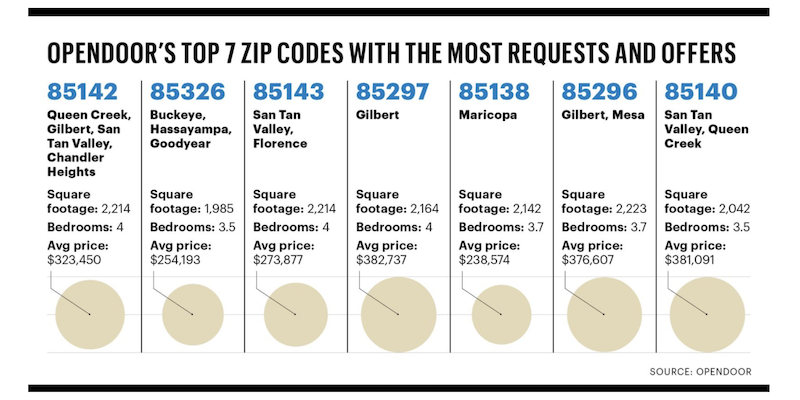