Maricopa city officials and the board of directors for the Maricopa Economic Development Alliance met Wednesday to discuss “MEDA 2.0” — a new direction for the group.

The alliance was founded in 2009 and partners with the city to help further economic development and a prosperous economy for Maricopa. MEDA adviser Ioanna Morfessis detailed how the board had evolved in the last decade into an advisory role, including marketing and promotion for the city.

Eventually it became what it is today, an entity that can generate deals on the city’s behalf to create new business leads and prospects for the city.

“A tremendous amount of our investment this current fiscal year has been focused on building that deal-generating pipeline, getting in front of decision makers and capitalizing on our own relationships and networks,” Morfessis said.

During the meeting, Morfessis detailed how the workforce is changing due to the pandemic, and how Maricopa can capitalize on these societal changes in a beneficial way.

“The notion and concept of the work environment is changing dramatically,” Morfessis said. “The adoption and integration of digital technology in the workplace and in business operations had a 10-year leap in less than 10 months. We will continue to see ‘work from home’ as an enduring characteristic of work in America.”

This means office spaces are left empty, with decreasing demand for these spaces in cities like Maricopa. Meanwhile, increased manufacturing demands during the pandemic have meant a need for more manufacturing spaces.

Morfessis also noted a trend in individuals fleeing larger cities in favor of urban centers and suburbs, one that has only accelerated during the pandemic.

In FY 2021, MEDA hopes to strengthen its current ties with city officials, successfully market Maricopa to businesses, capitalize on modern workforce changes and remain adaptable to future changes as they arise.

Those in attendance at the meeting concurred with Morfessis’ vision, including President of El Dorado Holdings Jim Kenny, whose company created Rancho El Dorado, The Lakes at Rancho El Dorado and The Duke golf course in Maricopa.

“We’re one of the few cities that has this kind of unique and, frankly, intimate partnership between business, government and education for our mutual benefit via economic development, and I think we need to maximize it,” Kenny said. “All of our team members are committed to contributing to our growth and prosperity — we are absolutely aligned.” 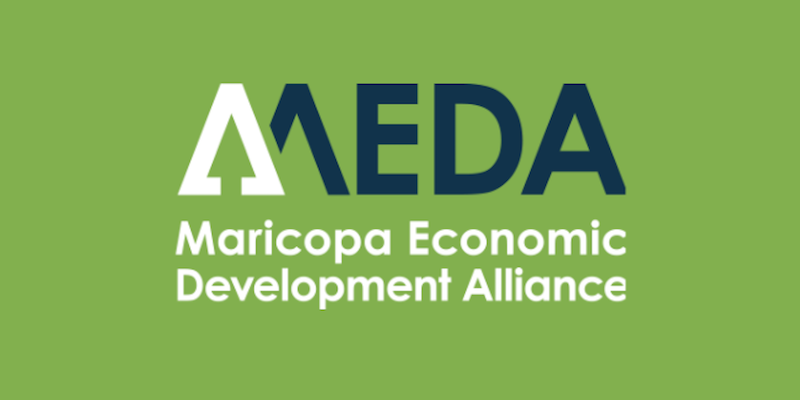