The Scottsdale-based developer had teamed up with Meritage Homes Corp. (NYSE: MTH) in 2008 to buy 640 acres at auction. Originally, Scottsdale-based El Dorado Holdings Inc., the developer of the city of Maricopa, sold that land to a joint venture between Meritage and the now-defunct Hacienda Homes in the early 2000s.

The Meritage-Hacienda joint venture had installed much of the infrastructure and Scottsdale-based Meritage had begun building homes there, said Tim Brislin, vice president of Harvard Investments. But when the Great Recession decimated the Valley’s real estate industry, the property went into foreclosure.

While Meritage continued to build homes there, Harvard Investments sat on its 425-acre parcel until 2014 or 2015. His team has since updated the site plans to include a 2-acre park near the lake.

“Maricopa was starting to show some signs of life,” Brislin said. “We started picking up the plans again.”

By 2019, Brislin figured the market was ready to begin development.

“We couldn’t force it any sooner than we did,” he said. “It is a unique property.”

With the sale of those 606 lots, Harvard Investments has about 1,090 lots remaining to be developed in the community, Brislin said.

Mike Ingram, the founder of El Dorado Holdings who developed the town of Maricopa, said the town is growing again.

“Homebuilders are back buying land and lots in Maricopa for the first time in 12 years,” Ingram said.

There’s still about 6,500 acres in western Pinal County that hasn’t been built out yet, Ingram said.

In the early 2000s, Maricopa was considered one of the fastest growing cities in the nation, Ingram said.

“Things came to a halt during the recession starting in 2007-2009, and slowly picked back up starting in 2012,” he said. “Today’s housing market is strong and Maricopa has averaged 76 single-family home permits per month in 2020, with 129 issued in July.”

This park will be part of a new community developed in Maricopa, a 30-mile drive from Phoenix Sky Harbor International Airport.
(Photo by Harvard Investments, Inc.) 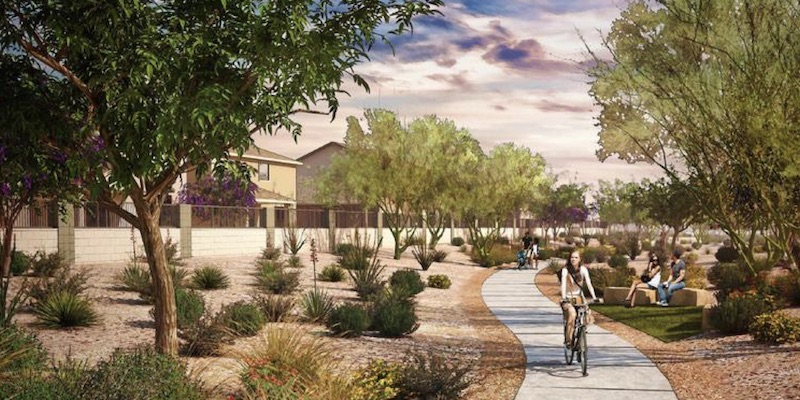 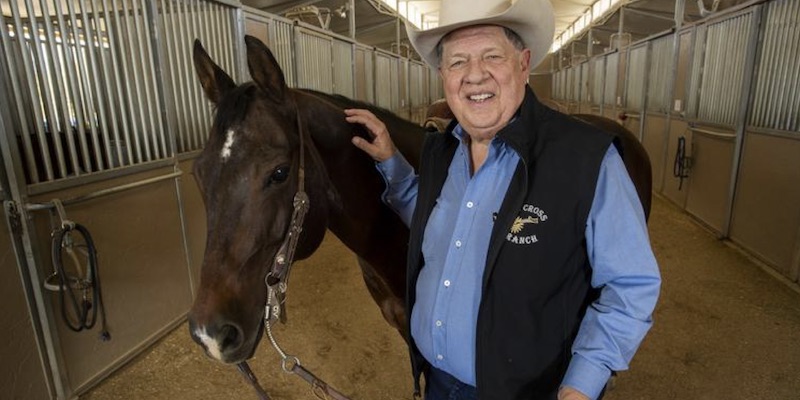 Mike Ingram, chairman and CEO of El Dorado Holdings Inc., is the founder of the city of Maricopa in Pinal County.
(Photo by Jim Poulin, Phoenix Business Journal)