What Will Economic Recovery Look Like? Here’s What To Expect.

A recession is upon us, due to a public health crisis that has caused a global societal shock. The COVID-19 virus has created many unknowns, but as we work through the crisis, there are some things we do know or have a high degree of confidence in, such as spiking initial unemployment claims as well as monetary and fiscal stimulus measures. In addition, we believe much of the upcoming economic data will be shockingly bad.

The narrative now changes to what the economic recovery may look like, and there are two primary drivers of what comes next. The first is epidemiological, meaning the progression of the global pandemic. The second driver is sociological: the response of consumers, businesses and governments.

The U.S. has experienced 10 recessions since 1950. Each historical recession/recovery cycle had unique components, such as inflation or oil shocks, yet each cycle had common characteristics such as monetary and fiscal stimulus. Historical recessions/recoveries cycles have taken several patterns:

• V-shaped: Characteristics of this recovery include sharp declines in GDP with spiking unemployment. In the current environment, a V-shaped recovery would see immediate recovery in the third quarter, the COVID-19 virus solved and the economy recovering lost output by end of 2020.

• U-shaped: This type of recovery features sharp declines in GDP with spiking unemployment. In today’s scenario, this recovery would see stabilization in second half of 2020, theCOVID-19 virus controlled, and material recovery in late 2020 and early 2021.

• W-shaped: Sharp declines in GDP with spiking unemployment are calling cards of this type of recovery. A W-shaped recovery from our current situation would see the COVID-19 virus appearing to be controlled, the economy re-opening, COVID-19 cases re-emerging and the economy once again shutting down.

We are suggesting that the recovery will look like something between a “U” and a “L”.

• We don’t think the recovery will be “U” shaped due to our assumption that a COVID-19 vaccine or treatment won’t be available until late 2020 or early 2021. In addition, the economic recovery will be modest due to high unemployment.

• We don’t think the recovery will be “L” shaped either. Our assumption is the economy will open in a few weeks, the virus will become more controlled and adequate stimulus measures will be put into place.

Perhaps an upward sloping “L” shape, or swoosh, is the best descriptor. U.S. GDP experienced a waterfall event as the country shut down and consumption ground to a halt. We anticipate that economic activity will slowly return to a sense of normalcy as the COVID-19 new cases curve flattens and stimulus provides an economic backstop.  We would expect modest growth continuing into 2021.

The contraction in U.S. second quarter real GDP will be unprecedented. The U.S. soft- closed on or about March 16 and vast amounts of stimulus soon followed. Since then, the available data is fluid and changing rapidly, making it difficult to interpret. That said, we expect GDP to contract by 26% in the second quarter. The Bloomberg consensus, which UMB is part of, forecasts a second quarter contraction of 25%. To demonstrate the complexity of forecasting in this environment, the range of second quarter GDP among the 70 Bloomberg participants is 0.4 to -65%, clearly indicating that there are lots of unknowns.

The labor market has rapidly changed. In approximately 30 days, 22 million Americans lost their jobs and filed for unemployment benefits. From July 2009 to February 2020, the U.S. created 22 million new jobs. The unemployment rate was 3.5% in February, the lowest since 1969. By the end of April, we expect unemployment to be approximately 25%, a record high. To put it in perspective, unemployment peaked in 1933 during the depression at 24.9%, 10.8% in the 1982 recession and 10% in the Great Recession.  One positive note, more than half of the unemployed reported being temporarily laid off, suggesting that many could return to work quickly if conditions improve.

Consumer confidence will take time to mend. The plunge in the University of Michigan consumer confidence index to an eight-year low of 71.0 in early April, from 89.1 in March, was the sharpest monthly fall on record and provides further illustration of the seismic economic impact of the coronavirus pandemic.

One school of thought is that things took an abrupt turn for the worse, so perhaps things could take an abrupt turn for the best, creating a “V” shaped recovery. For this to happen, we think there are a few things that need to develop, all of which revolve around the COVID-19 virus. As the following develop, our economic forecast will change as well:

A significant risk is the “W” recovery. In this scenario, spending collapses during the period of strict social distancing which we know is happening. It rises when the economy reopens, but not to the pre-crisis level because of the shock to confidence, unemployment and other factors. There may be a brief overshooting to make up for some of the underspending during the lockdown, but if the confidence shock is long-lasting, the economy may start to slow again.

Another concern relates to the ability to open the economy and contain the virus. The risk is that this experiment fails, perhaps due to noncompliance and inadequate testing or tracking of hot spots, and another broad shutdown may be required. China, Italy, South Korea and Japan are all worth watching for clues.

A collapse in corporate earnings will place considerable strain on capacity to service debt. There will be an unprecedented surge in corporate rating downgrades. And China’s experience suggests that job losses and consumer caution will prevent demand from fully bouncing back to alleviate pressures on corporate debtors. When global GDP contracted by 0.5% in 2009, pre-tax earnings of global non-financial corporations plummeted by 45%. We’re expecting a 4.5% decline in global GDP this year, so there’s a good chance that earnings will fare worse than they did in 2009.

Some sectors will remain very vulnerable. Hospitality, leisure and  parts of retail may never be the same. The service industry will take an obvious hit. But due to our inter-connected global economy, manufacturing is also in jeopardy. The 5.4% month-over-month plunge in industrial production in March, the sharpest monthly fall since 1946, highlights that while current coronavirus containment measures are primarily slamming the brakes on service sector activity, the manufacturing sector is also set for a significant downturn.

All the economic data suggests that a recession is upon us and the National Bureau of Economic Research, the official recession declarers, will likely tell us it started in March. We do anticipate the recession will be short-lived and the recovery will be slow and steady, taking the shape of an upward sloping “L”. Due to pent-up demand and abundant stimulus, U.S. GDP may see an impressive rebound in a single quarter. However, on a sustainable basis, we forecast that the recovery will be slow and steady into 2021. Let’s not forget that pre-crisis, potential GDP was approximately 2%, driven by the labor force growth rate and productivity gains. That hasn’t changed.

KC Mathews is the chief investment officer with UMB Bank. 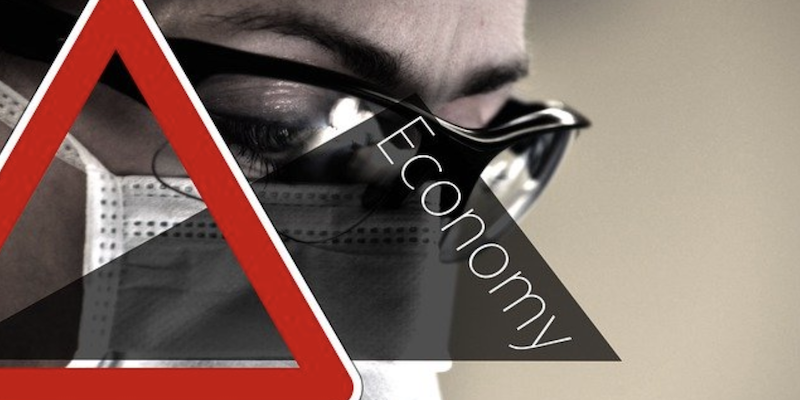