In June, Maricopa’s Economic & Community Development team issued 129 Single Family Residence (SFR) permits – an impressive feat, and a record for 2020. Now just one month later, the record has been shattered again. Maricopa has not seen 173 SFR permits issued per month since July of 2007. July of 2020 is a 57% increase from the entire YEAR of 2011, which saw 110 SFR permits issued.

While Maricopa’s history has been exclusively single-family housing, Maricopa’s future will see a wide variety of housing options for all phases of life. Multifamily, assisted living, town homes, single family for-rent, and more housing projects are being permitted or built today, in addition to the affordable single-family housing Maricopa is known for.

July is setting the tone for the rest of the year with over 48 million dollars in residential property value and more than 500,000 square feet of single family property issued. With hundreds of homes under construction and additional developments in the pipeline it is certain that Maricopa’s biggest months, and years, are on the horizon. For more details on where residences are being built in Maricopa, view our Residential Lot Counts map.

Reposted from City of Maricopa. 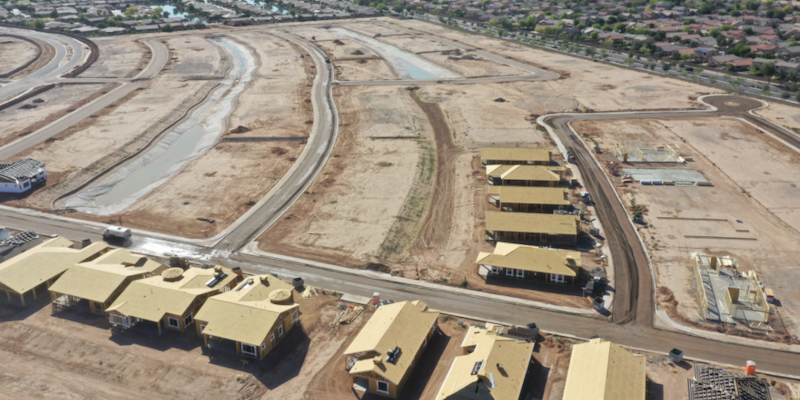 (Photo by City of Maricopa)