Maricopa, Arizona – Come Build A City With Us!

Strategically located between the metropolitan areas of Phoenix and Tucson, The City of Maricopa, Arizona thrives as a warm, welcoming community with a “Proud History and a Prosperous Future.” In October 2003, Maricopa was incorporated as Arizona’s 88th municipality, and over the last decade has become one of the state’s fastest growing communities – rising from a quiet town to a bustling city.

Maricopans are among the most highly educated in the U.S., with 25 percent of adult citizens holding a bachelor’s degree or higher and 65 percent having attended some college, including certificate programs and associate degrees. The city’s business, government, education, and civic sectors work closely together to create a sustainable economy reflecting the most advanced technologies in the world, while retaining the attributes that make Maricopa a wonderful place to live, learn, raise a family, and do business.

Nathan Steele, Director Of Economic & Community Development, relates, “The growth here has been unprecedented. In 2000, the community had about 1,600 people; in 2010, the total population was 43,000; today it’s just under 57,000 and we’re anticipating the data results from the census will show it even higher.” To accommodate the fast-paced population rise, Maricopa processed 993 permits in 2018 for single family homes, and 987 in 2019. This year, with all the distractions and hurdles of the last few months, the city has still managed to process 416 permits for new single-family homes – and 95 of those were in June. Several high-density housing projects are also in the works. One apartment complex currently under construction will add 120 housing units to the city’s housing inventory; another townhome development will add 196; and a condo project will bring 200 new units.

“We want to avoid as much urban sprawl as possible,” says Steele, “so there aren’t many islands getting built. It’s gradual growth with one neighborhood being developed next to another; avoiding any leap frog development by focusing on infill. One very cool project we’re working on is Maricopa Station, near the city’s center core right by the AMTRAK station. One of the oldest neighborhoods in Maricopa, it existed well before the city was incorporated and has long been known as the Maricopa Town Site. We created a special zoning district, or overlay, for it that really enhances and highlights the agricultural history of that area. The new architectural style we want to see there is an agrarian/agricultural/ southwest kind of feel that encourages mixed-use development, so people who have lived there a long time can also have their business there, and it all has a cohesive community feel. While we love seeing brand new subdivisions occurring in other parts of the city, we also are giving just as much, if not more, attention to our existing neighborhoods.”

The concept is to make Maricopa Station a “let’s go to” destination with an eclectic neighborhood feel and a myriad of uses and architectural looks that contribute to the charm. Recently, the Mayor and City Council members renamed some streets in the area to highlight the history of the community. For instance, Maricopa Casa Grande Highway has been changed to Mercado (Spanish for Market Street). Pershing Street is now Main Street. Caesar Chavez Lane, Stagecoach Lane, and Heritage Lane also reflect the past of that neighborhood. Maricopa Station is located next to an overpass over the train tracks on State Route 347 that was completed last year. Being on the primary north-south corridor of Maricopa, the same road that goes north to Phoenix, that new overpass has created a boom for development, too.

According to Steele, “I like to think of Maricopa as an oasis, not only because it’s located in the middle of the Sonoran Desert but because it has no traditional incorporated cities as adjacent neighborhoods. All the big city amenities are still only a half-hour away, but we’re a full-service city ourselves – without the traffic congestion. We have a strong relationship with the Gila River Indian Community to the north, and the Ak-Chin Indian Community to the west and south, and we’re all on the same page when it comes to the growth of the area and the right way to do it.” Maricopa boasts a high income, high education population, low crime rate, and is an incredibly diverse community. The median age of residents is 33, and part of the attraction for them is that it’s a great place to raise a family. In addition, a very active adult presence makes for a nice social balance in the community.

Estrella Gin Business Park is a fabulous project in progress on about 42 acres that will be a huge boon to Maricopa. Infrastructure plans are currently being reviewed and, when it’s done, the full buildout is expected to produce over 300,000 sq. ft. of office, light industrial, and even some warehousing or flex space. That development could have a total annual economic impact of about $94 million for the city. And the tenants could produce, directly and indirectly, 700 jobs for the community. Steele gives a big shout-out to the parties involved, saying, “Developer Joe L. Cook, Realtor Shane Cook with My Home Group Commercial, and Construction Solutions Company – that whole group has been great to work with and a fantastic resource. They know the industry and have proved to be an invaluable partner through all of this. It is a huge partnership we’re doing with them and it’s really exciting to see what’s coming here. Based on the estimated amount of direct sales and property tax revenues to the city, this business park could generate $2.5 million in total new revenues, annually, once it’s built out. That’s a great economic boost to the city.”

The city is also pushing for mixed-use development. A prime example is the Copper Sky Recreation Complex that includes several multi-use sports fields; a little lake for fishing; an aquatic facility; a multi-generational facility with a gym, and classrooms for events. Pickleball courts, tennis courts – and it’s not done. The La Quinta Hotel is under construction now, but that’s only a small piece of what’s to come. The Copper Sky Commercial project will consist of about 1.3 million sq. ft. of new construction, featuring senior living units, market-rate apartments, and 32,000 sq. ft. of commercial and retail development in an undeveloped area next to Copper Sky along Martin Luther King Boulevard.

The project will have a positive impact of approximately $24 million, annually, on Maricopa’s economy and is expected to support about 270 new jobs – about $10 million in annual payroll. And all the multi-family households that will be there within the development could have a combined annual income of $42 million and an estimated $14 million in spending at surrounding local businesses. That project is expected to be built out in phases over the next three or four years. Kitty-corner to Copper Sky, the Ak-Chin Indian Community has a casino and the very popular UltraStar Multi-tainment Center with a movie theater, bowling alley, arcade, and several restaurants. UltraStar is an active member of the Maricopa Chamber of Commerce.

Builders particularly enjoy investing in Maricopa because of the city’s progressive permitting process. At the onset of every project, a permit applicant is assigned a project liaison, a single point of contact who walks applicants through each step of the process from planning, to engineering, to building, to completion. So, projects can be streamlined to meet applicants’ aggressive schedules. That customer service expectation the city created itself has contributed to Maricopa’s business and builder friendly reputation.

In the midst of the Covid-19 chaos, Maricopa officials made presentations to the three bond rating organizations –  Fitch, Moody’s, and S&P – to refinance one of the city’s bonds. Steele admits, “They warned us that due to Covid-19 and the overall shape of the economy, it would be rare for a bond rating to go up for any city, and most likely they would be decreased. Well, the City of Maricopa had a good story and bucked the trend; not only receiving a higher rating from all of them, but Fitch gave us the highest possible rating of AAA. As a result, the bonds were resold and received over $19 million in orders and much higher than expected net present value savings. The Mayor and the City Council were able to find interest savings of $1.8 million and that is completely passed on to residents as a reduced secondary property value tax rate. We’re one of the only cities in the country that is reducing property taxes right now.”

In summing up the best of Maricopa, Steele says, “When people are considering jobs here we tell them, “Come and build a city with us!” It’s a fun mantra to live by and whether it’s Economic and Community Development, Community Services, Finance, Public Works, Public Safety, Fire, Police – we all have this feeling that we’re building a community together and it’s really satisfying. There is something unique about Maricopa, and folks want to be a part of it.” 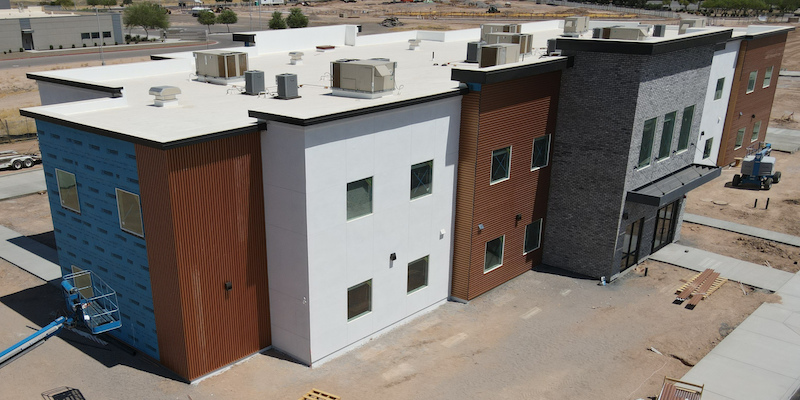 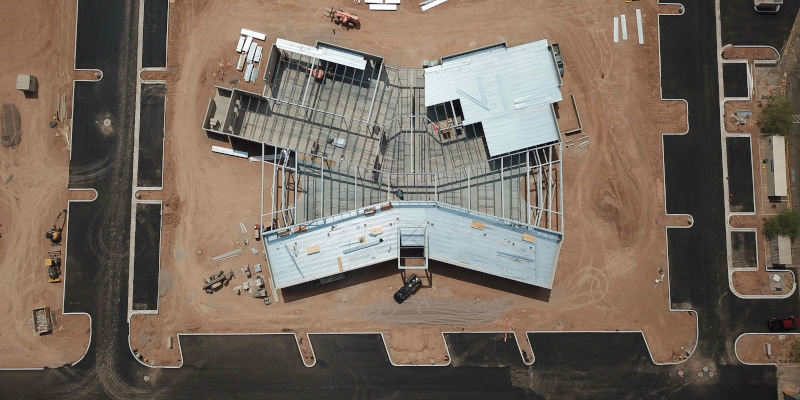 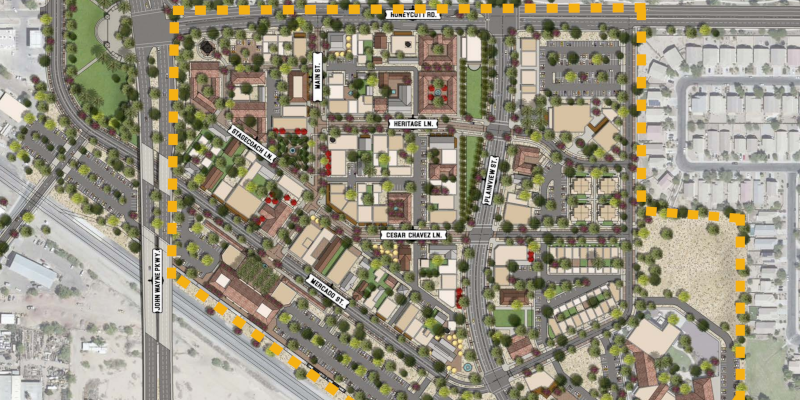 Learn More: Maricopa at a Glance