Intel last Friday broke ground on a $20 billion expansion of its facilities in Chandler, Arizona, building two new fabrication plants, or fabs, at its Ocotillo campus. The two new chip factories – which will be known as Fab 52 and Fab 62 – will be operational within three years and will supply semiconductor chips at a time when a global shortage of chips is wreaking havoc on supply chains in nearly all industries, from automobiles to data centers.

Intel’s expansion is the largest private sector investment in Arizona’s history and is expected to create 3,000 jobs and 15,000 indirect jobs.

“Today’s celebration marks an important milestone as we work to boost capacity and meet the incredible demand for semiconductors: the foundational technology for the digitization of everything,” Intel CEO Pat Gelsinger said.

Intel joins the Taiwan Semiconductor Manufacturing Company (TSMC), which in June started construction of a $12 billion semiconductor plant in north Phoenix, its second in the United States. In total, Intel has invested more than $50 billion in Chandler since 1980 and TSMC has indicated that its future Arizona plant could be the first of six plants in the state, as reported by Reuters.

There has been so much investment that in March, Forbes labeled Arizona as “semiconductor central.”

With the Covid-19 pandemic reducing manufacturers’ production of chips – which are primarily manufactured in China and Taiwan, where some of the strictest Covid-19 measures in the world were imposed – and stockpiling of chips by mainland Chinese manufacturers in anticipation of restrictions being placed on exports of advanced American chips to Chinese buyers, procurement of chips has become a challenge for many manufacturers over the past year.

Since 1990, America’s share of semiconductor production has dropped from 37% to just 12%. Without a renewal of American semiconductor manufacturing, there are fears that American producers will not be able to produce the most advanced chips.

There is bipartisan agreement that advanced American military weaponry and computing hardware cannot rely on procurement of foreign chips, especially from peer-rivals such as China.

As semiconductor producers are building new plants in the United States, Arizona has regularly been a top site, as the state offers a favorable tax and regulatory climate, competitive utility rates, and skilled workers.

In 2020, the Maricopa County Community College District partnered with Intel and the Arizona Commerce Authority to create an artificial intelligence degree program. According to the college system, Intel is one of the top employers requesting such a skillset. According to data from LinkedIn, Arizona State University graduates make up a large majority of Intel’s workforce in the Phoenix area.

Arizona also maintains a favorable environment for employers. Arizona has right-to-work law enshrined in the state constitution, giving employees the opportunity to work at companies such as Intel and TSMC without being required to join a labor union. At 4.9%, Arizona also has one of the lowest state corporate income tax rates in the country.

Chamber Business News in March reported on an expansion of the Qualified Facilities Tax Credit program.

Author: Arjun Rondla is an undergraduate studying political science and international trade at Arizona State University and an intern at the Arizona Chamber of Commerce and Industry. 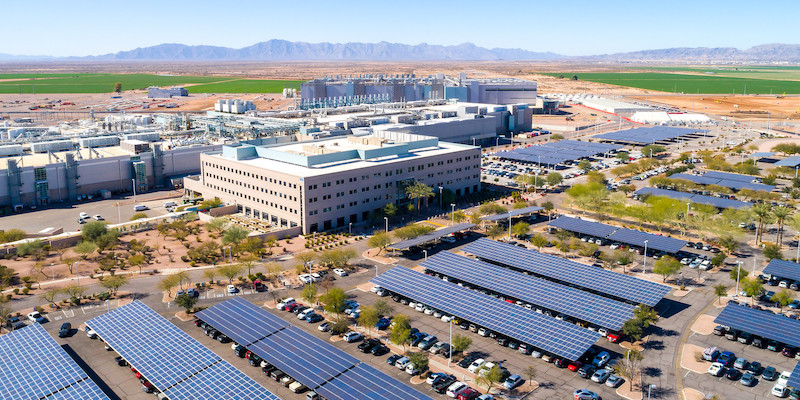